For a local Age of Sigmar Skirmish campaign I am painting a leader figure in the form of a Chaos Lord: Krilin the Sinner. I do not yet know who will be part of his starting warband but I think it will have a touch of Khorne and a hint of Tzeench in it eventually. Maybe something like this:

Almost precisely the starting amount of Renown this campaign at my local Warhammer store uses at the beginning of the campaign.

Three work in progress shots of Kri’lin the Sinner: 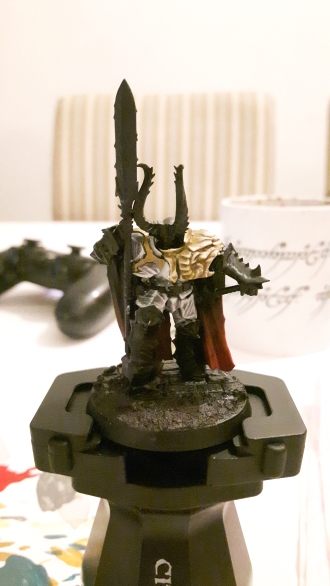 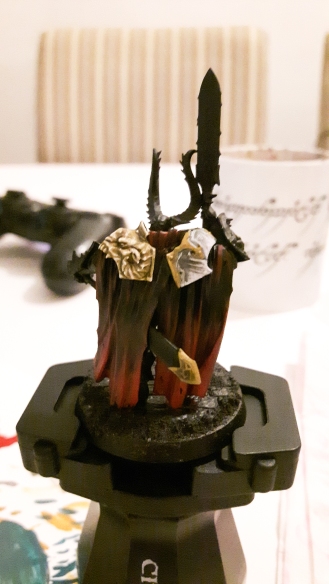 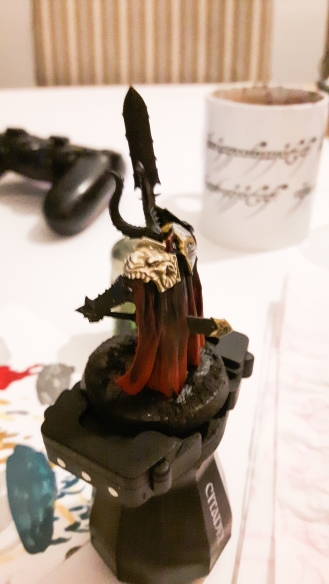 I decided to paint my warband in NMM, Non Metallic Metals. A technique I last used a couple of months ago so it was a nice challenge, this Lord of Chaos. The model is covered in armour for 75%, so both gold and silver in NMM was inevitable. For the rest the lord will the colour red.

Later next week I’ll put up a post about this Chaos Lord’s Alter Ego, Kri’lin in Daemon Form and the week after that will see an in depth look and some background information about my warband and the members in it.