With the recent release of Middle-Earth Strategy Battle Game Battle Companies I thought that it would be a great idea to already write down my starting company and its backstory. How did the leader of this small group become the leader and why do his followers follow him. 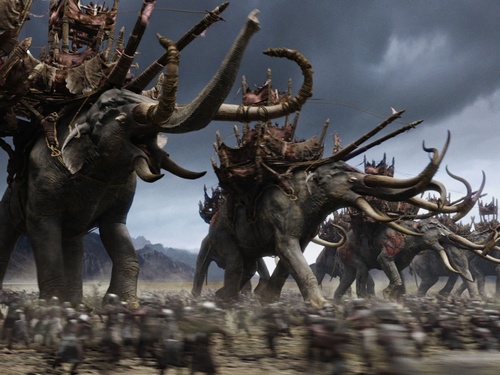 So, I wanted to do something new at the start of the new year anyway, and what could be more perfect than starting with a new Battle Company with models from a force I normally wouldn’t play!

So my choice fell on Harad, the perfect force for me: 50% bows with coated arrows and lots of spears. Not only that, I believe that I can put a lot of work into them when painting en converting: There’s an opportunity for lots and lots of colours, freehands and other small things (like desert bases). I think this might very well be the start of a larger Harad army as well! An army where I am able to make use of this Battle Company in a larger game, which is enormously exciting!

The Company name is as follows: Cabaan’s Cobras (the company will probably feature a Cobra on their battle standard, they are definitely going to get the battle standard).

Well that’s it. That’s the starting company. For more, tune in next week as I’ll show you the painting and converting progress I made on this company.