What? No Middle-earth Monday, what is this madness? Well it seems that something far more important caught my eye and valiantly decided to reshuffle my usual posting schedule. So Middle-earth related content will be up later during this or next week.

It was a great day yesterday for a lot of Aelven players as the Daughters of Khaine were announced to be available for pre-order Saturday the 24th. I was chanting some dark spell for this to happen for a while this weekend and it had effect. Like a prayer that got answered, the announcement was truly amazing and I really really really can’t wait.

So without further ado. Let’s take a look at what will be available for pre-order this Saturday ( and if you are more interested in the Warhammer Community article click on the following link: The Shadow Queen Unveiled ).

First, of course, there is the Shadow Queen herself: Morathi in her true form and her, I imagine, form where she is in total self control. 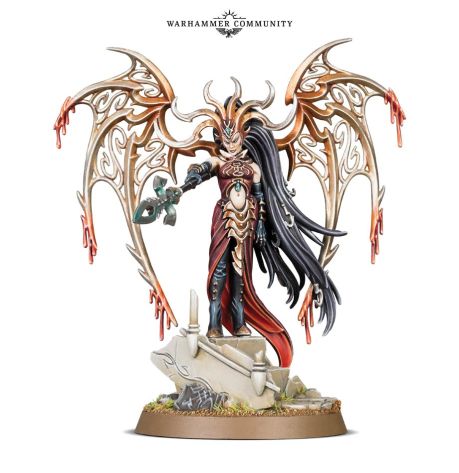 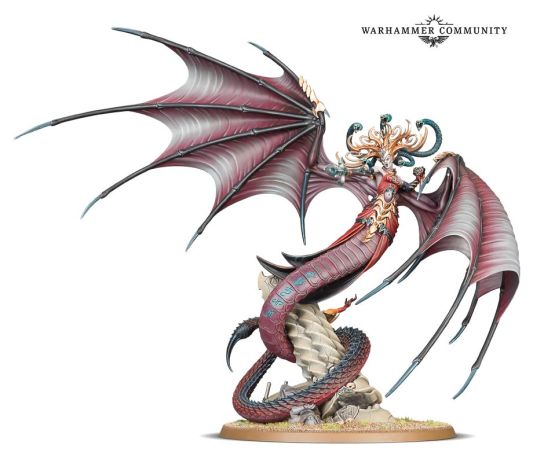 Morathi in her tormented and true form

As you can see, these miniatures are truly epic and what is a bit more epic is that they both are part of the same kit! The reason for this is truly great: she can change forms in-game when you want her to change… or if you don’t want her to change and she gets hurt she might loose control and change form anyways. As I read it right know my understanding is that the Morathi in her controlled form is the tactician and magician while her uncontrolled form is more of combat beast. and, looking at those wings: she can fly!

The On Pre-order Next Week post revealed some additional details about the army: that the rules writers have tweaked the Daughter of Khaine warscrolls that already existed so they would perfectly fit in their current role and reflect the powers of their Queen. As well as some names of some of the newer units: the Melusai and Khinerai. Apparently the Khainite statue will be playable as a separate unit that will be known as an Ion Avatar of Khaine. 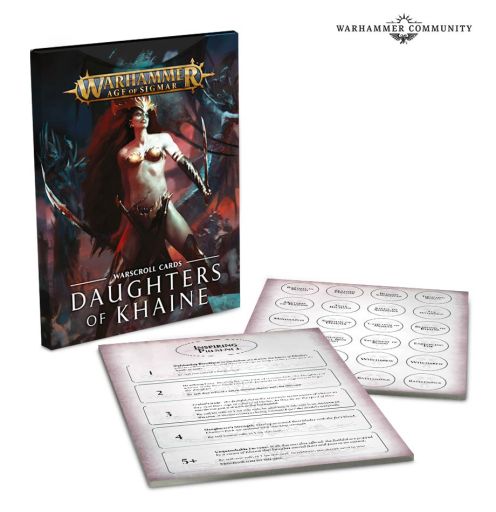 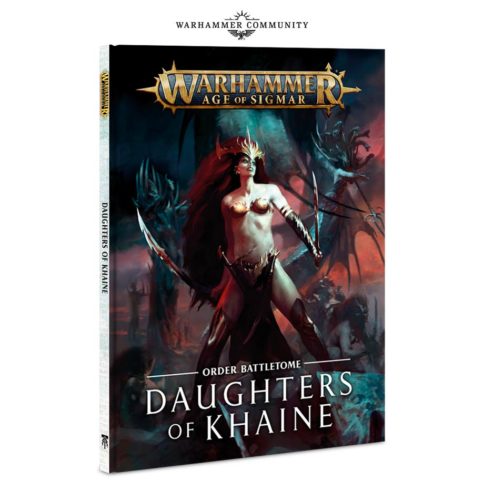 The Daughters of Khaine Battletome

All these reveals and all this news really spiked my urge for this force to be my Age of Sigmar army of 2018.

Althought there is not really a lot of other things that I can say or tell about the Daughters of Khaine right now, during this week I’ll probably keep posting things about this release. And, in with that in mind: the coming weeks will be, for as long as I can keep it up, the three (to four) weeks of Khaine!

So, this Wednesday will see a review of last Sunday’s Tournament. It was a very cool event and I had loads of fun with my Sylvaneth.

And during this week I’ll keep posting updates about the Daughters of Khaine Battletome and other things Aelf.