It’s a been a loooooooong time since I wrote something, posted it and then wrote something else to post at a different time and then repeat the cycle so as I am entering a new period of work, study and enjoy the Middle-earth Strategy Battle Game; Warhammer Age of Sigmar and a little bit of Warhammer 40K among other things. Anyways I return from the west on a hour on a day with news! NEWS! NEWS! NEWS! Regarding THE INCOMING MIDDLE-EARTH RELAUNCH WITH new RULES and everything; Hobby Projects and the new look of the blog, what a feast!

So without any other things to hold me back, let’s get into it:

First things second, the blog has gotten a new and updated look with a fresh free to use theme, always nice. Adds a little bit more of a different thing to it. And changing things once in a while is always a nice thing too. So the menu is easy, all things open up in separate tabs, I believe, and well all the posts are shown like posts. You can still click on them to enlarge them of course. The blog’s look will probably see some minor changes during the coming weeks until I figure out what I can do with this theme to get it looking just right and how I want it.

– The Relaunch of the Middle-Earth Strategy Battle Game –

Now best thing first: The relaunch of the Middle-earth Strategy Battle Game is getting closer and closer with pre-orders going live this Saturday with a lot of new things seeing the light for the first time (well mostly the week after with the actual release of course – or two weeks… who knows-).

Well that what’s coming is great and it’s quite a lot:

The New Logo: A new logo is always a nice thing to see, the thing that now truly unifies the The Hobbit and The Lord of the Rings SBG.

The Boxed Set: The New Boxed Set is all about the Battle of Pelennor Fields with two mighty forces packed inside. With Theoden, the mighty riders of Rohan and the Dead of Dunharrow  fighting against a vast horde of Morannon Orcs, a Troll and the Witch King of Angmar. The great thing is all of it is in plastic, all sculpts we have seen before except the Theoden, which is an entirely new sculpt in glorious plastic. Very dynamic and it comes with four heads! Two with helmets and two without. Plus the box-art of the set is really nice, some great Photoshop going on in there.

The things that are included too are the Rules Manual – containing all the rules you need to play the Strategy Battle Game set in the Tolkien’s world of Middle-earth – and the extra booklet containing the profiles and scenarios to play with the miniatures in the set. 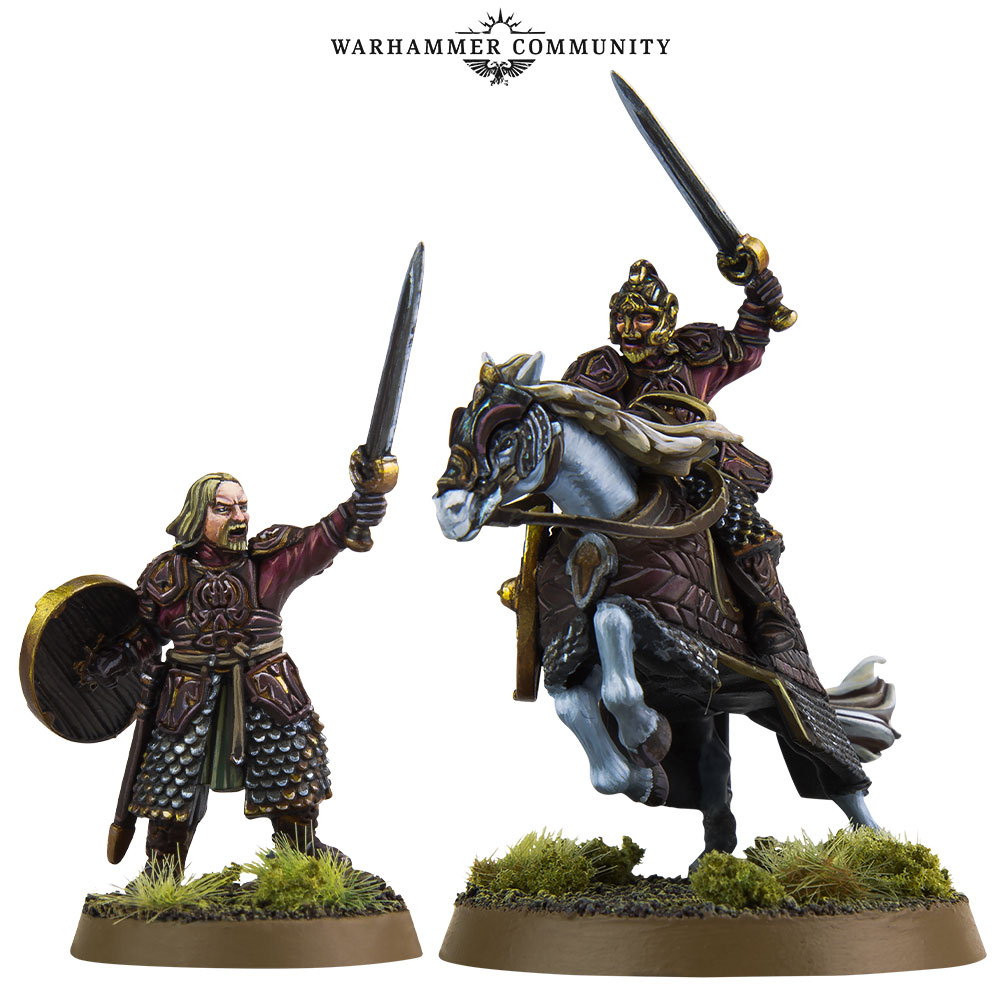 Armies of Middle-earth: The new Armies of Middle-Earth book is a book that contains all the 260 profiles of the armies of The Lord of the Rings (the There and Back Again book will receive and update in the form of a downloadable Pdf, something to do with the newer make-up of the profiles with this edition of the rules). This is extremely exciting and an awesome thing to look forward too.

All in all a lot of cool things are coming and it is all going to be so so good!

The Middle-earth hobby has never been more alive.

To read more about all of this I suggest following these links to the Warhammer Community Blog Website: Forth Eorlingas; Designer’s Notes; Rules Changes

The hobby projects I am currently working on are well, it is primarily Minas Tirith Warriors. I will try to have my army finished within the next two to three months and I will have it ready it at least battle ready within the next month, with all the base colours on there and some shades, highlights and bases in a presentable state.

And that is actually currently it for hobby news.

Later this week will focus on the rules changes among other things and the weeks after that will all be about the new edition, battle reports, reviews and more!

Sources: Warhammer Community Website for the pictures and the information.