It’s been a while since I’ve done any news updates but oh boy, some exciting things have been revealed during the Nova open last night (if you are in Europe) or last day (if you are in the US). First of all, awesome new stuff for Warhammer Age of Sigmar and second MORE AWESOME new stuff for the Middle-earth Strategy Battle Game. What a time to be alive.

For the full article and full information and more pictures I guide you to the Warhammer Community post about the Nova Open reveals.

First of all, a brand new army for Warhammer Age of Sigmar has been revealed!! The Tithe is upon us. An army made up of bone-skeletons (as if skeletons weren’t bone already) imbued with the souls of mighty warriors, heroes, leaders and more.

At the helm of this mighty Bonereaper force is the Nagash’s NEW Mortarch:

Katakros, Mortarch of the Necropolis (below). 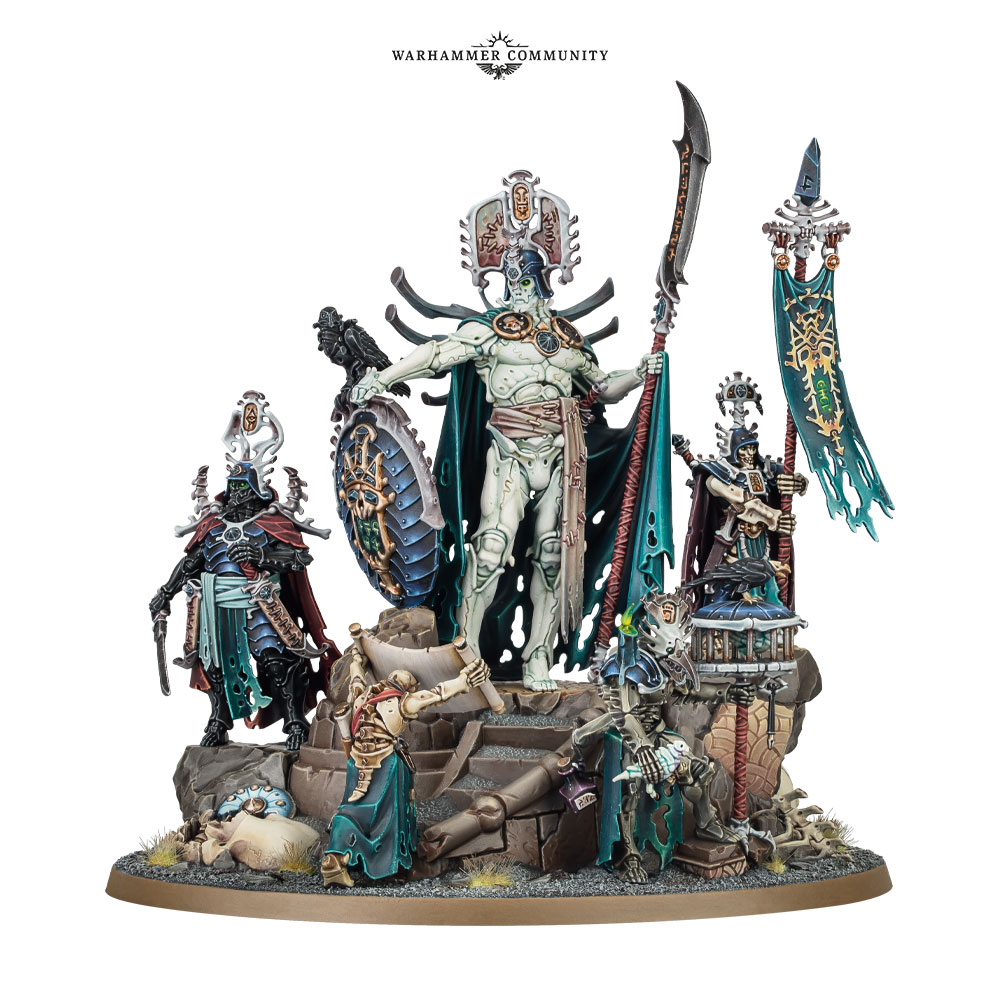 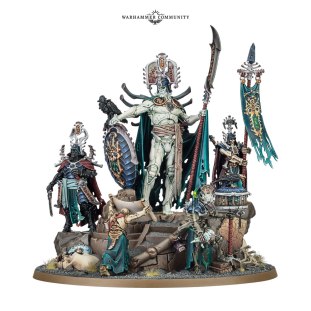 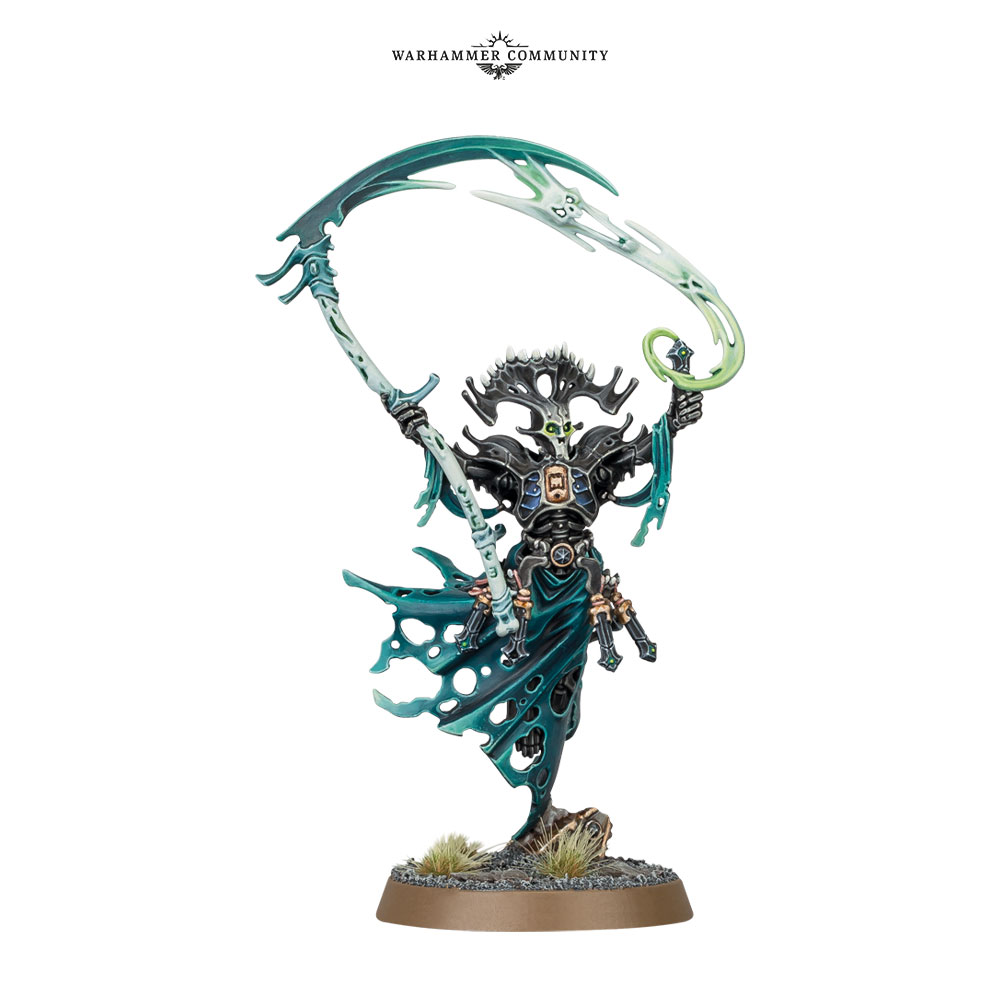 And now some Minions: 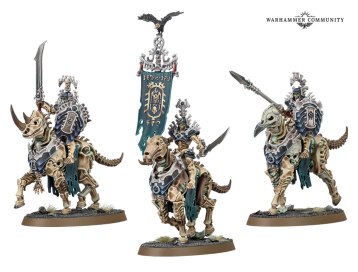 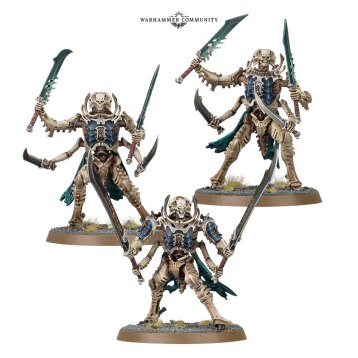 And a siege weapon: 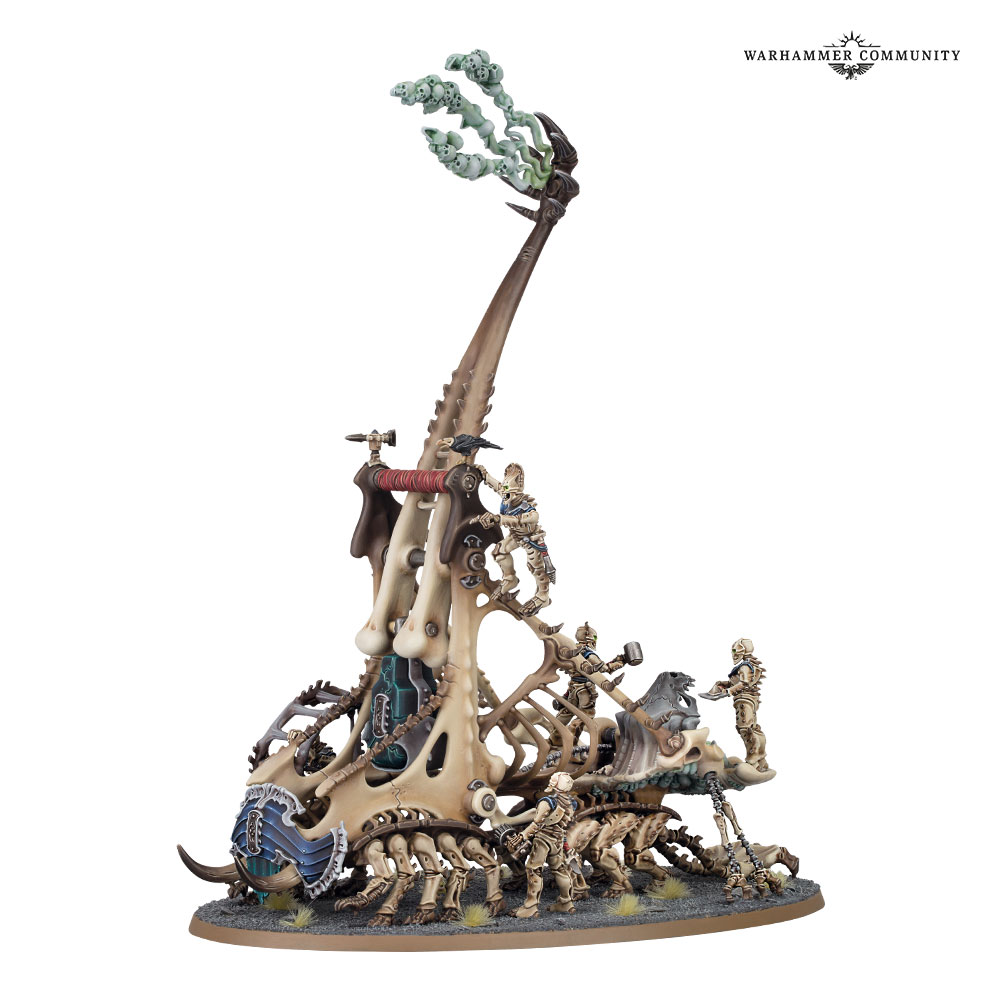 All in all this looks like a very very promising army to me, especially since there are still some miniatures that will be revealed. The miniatures look very cool and I can see myself painting some of them up in the near (far away) future.

Next is the newest expansion for the Middle-earth Strategy Battle Game. We’ve had a two expansions as of yet: Gondor at War and The Scouring of the Shire. War in Rohan is set to be the newest Lord of the Rings/War of the Ring related expansion with lots of cool stuff. Most of that stuff has not been revealed yet, but the few products that have been are quite awesome, to say the least.

To kick this off: the cover of the expansion book. 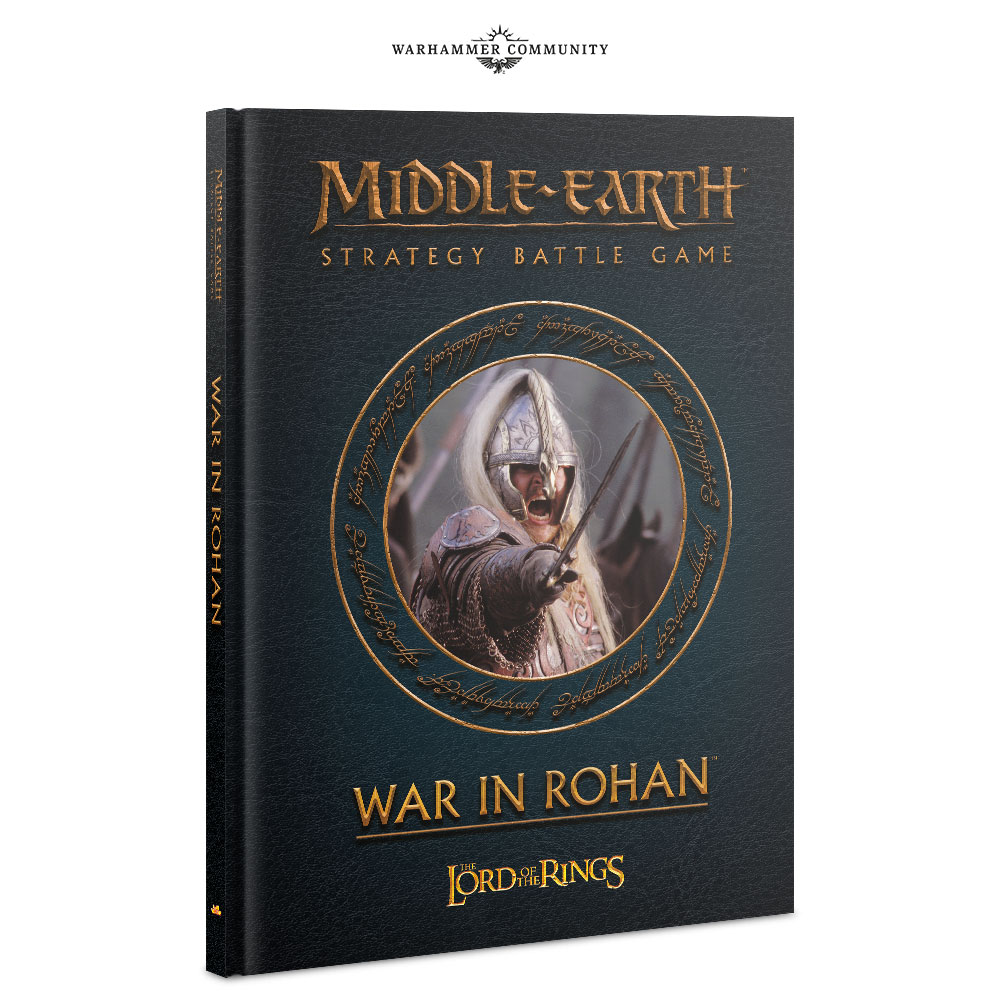 Next up a brand new kit (or kits) for Saruman the White (or of Many Colours as he would call himself in the books) and Grima Wormtongue: 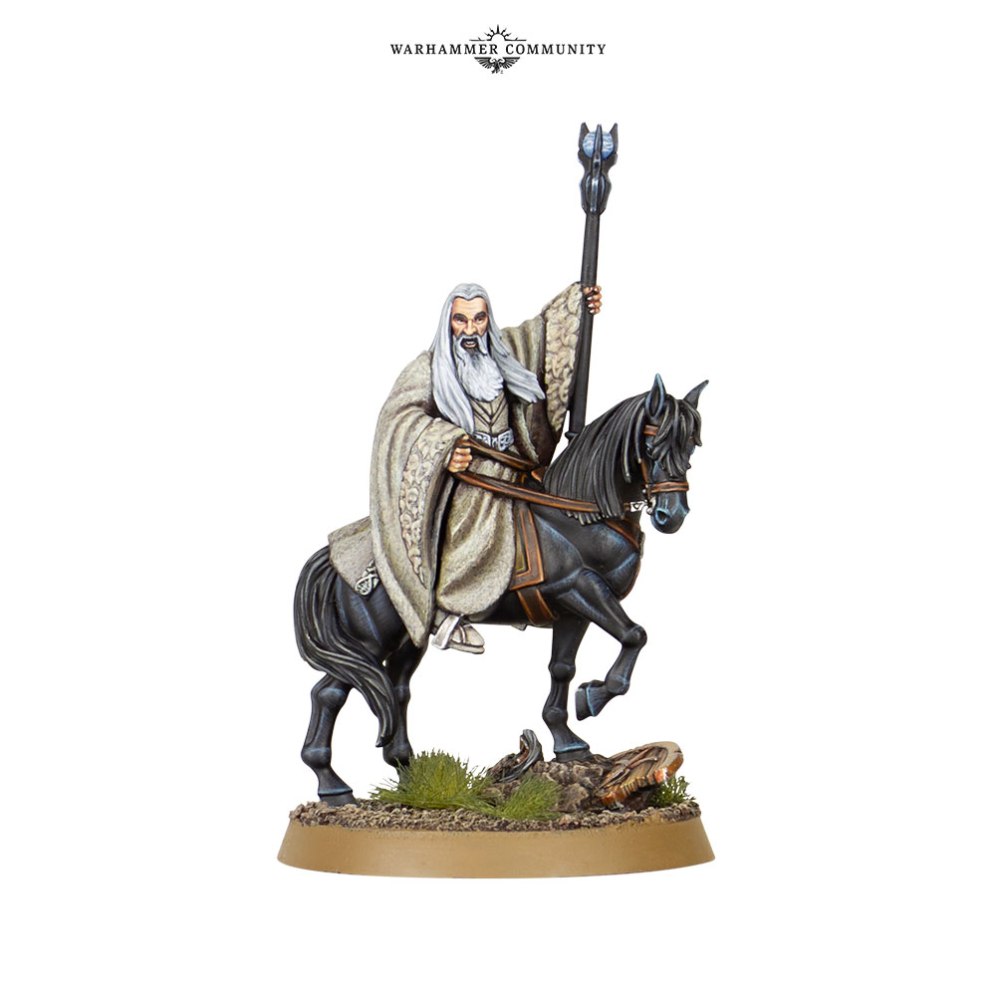 Saruman the White on Horse

These miniatures are absolutely fantastic. I think both Saruman and Grima really capture the actors their appearances as the characters in the movie really well. The one thing that really amazes me however is the detail and fabric of all the cloth, it’s not just paitned, it’s really on there.

I can’t wait to add this Saruman to my White Council, or maybe a secret Isengard army?

We are getting a brand new Terrain kit too: Rohan houses! 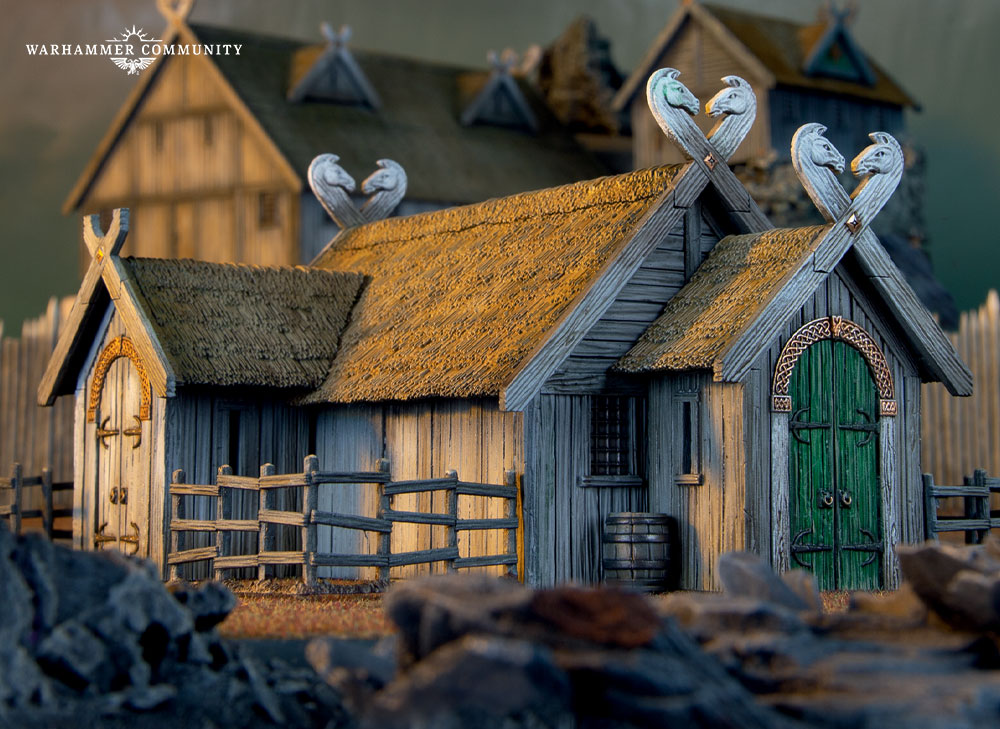 The reveals of War in Rohan aren’t the only new things that will soon be coming our way. No not at all. At this year’s Nova Open it was revealed that a special Event Exclusive (and starting tomorrow One Week Forgeworld Made To Order) Tauriel, Legolas and Bard would be available. These miniatures were once scheduled for release during the Desolation of Smaug but were sadly cut from release. However, by the blessing of the Valar we are now able to get our hands on them! 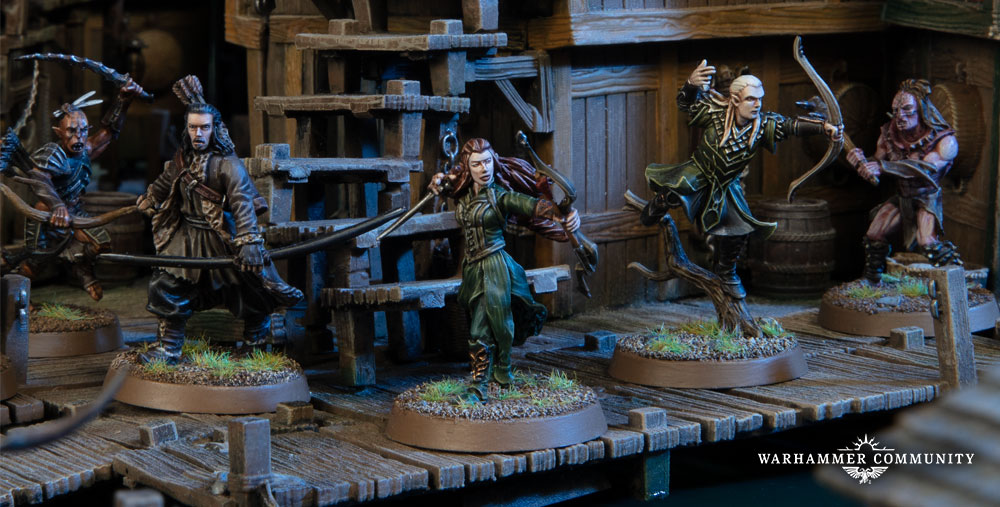 That’s it for today. Later this week I will be posting a new Battle Report for Warhammer Age of Sigmar, a narrative game of Sylvaneth against Nurgle. Expect more posts regarding all things Games Workshop and Forgeworld soon!

All pictures are owned and made by Warhammer Community and not by me. I share them in my enthusiasm about the hobby. Happy wargaming!

2 thoughts on “News from Nova Open: War in Rohan and the Ossiarch Bonereapers”