During the this month Games Workshop has shown lots of new bits of information, miniatures and more of the Ossiarch Bonereapers. The totally new, inspired by, Age of Sigmar army. The cool things to me are the miniatures, not only the way they play. There’s definitely a ”Bonereaper To Paint List”. Scroll down for my current top 5 Bonereaper miniatures.

First a quick recap: the Ossiarch Bonereapers were first revealed a few months back, quite a while after the ”Tithe” had been mentioned in a few trailers. And who would have thought, a new Death force intend to reclaim the Tithe*  that they were promised. A lot of miniatures were revealed, from the normal foot soldiers to the Mortarch of the Ossiarch Bonereapers itself.

Time to look at some new miniatures:

The Liege-Kavalos – The perfect field general

The Liege-Kavalos is one of the almost dozen new hero options of the Ossiarch Bonereaper force. Sat upon an undead steed. GW described it as a mirror to the Lord Celestant on Dracoth.

Although I do like some elements of this miniature I am more inclined to use the other build option of this kit, Arch-Kavalos Zandtos. As that build option to me has more ”life” to it than this one. It’s still a great sculpt, but not my favourite one. 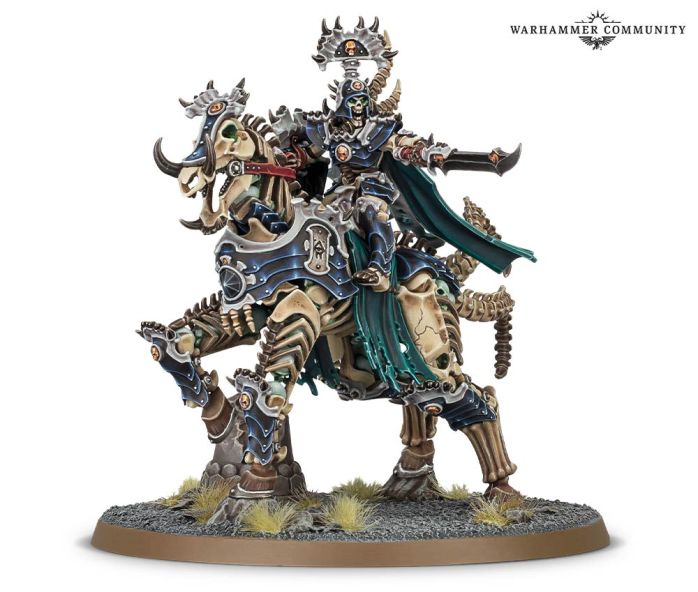 Like I mentioned, the next hero is a build-variation on the Liege Kavalos. And it is a lovely one too.

Arch-Kavalos Patru Zandtos. Katrakos’ (the Mortarch) most trusted general in life. Once an assassin, now a ruthless and brutal killer. 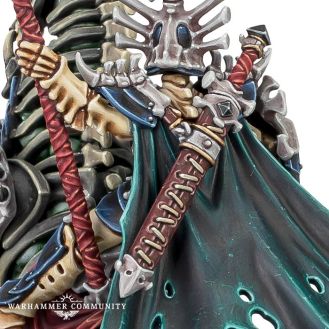 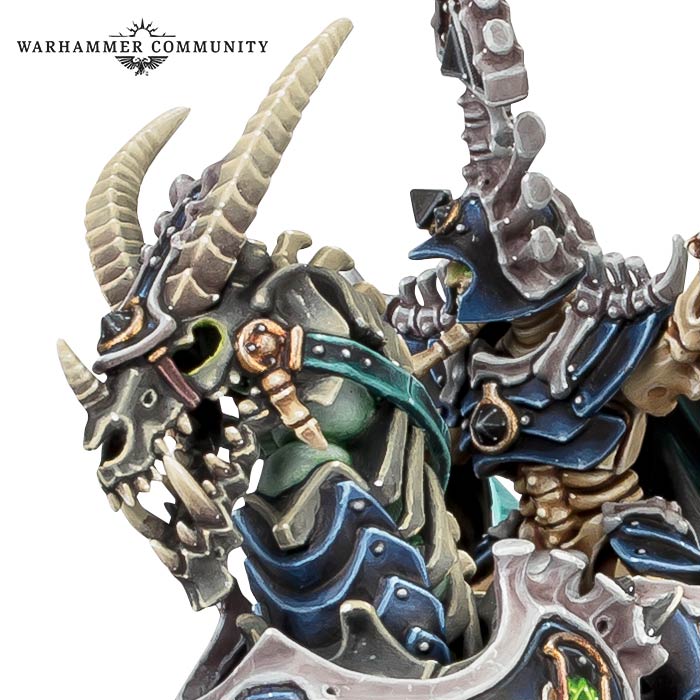 Next up is… a walking chair?

Not really, it’s Mortisan Soulmason in a walking chair. How ridiculous, how amazing! The Soulmason is quite the crazy miniature, but it works! 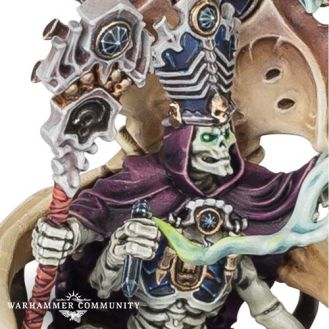 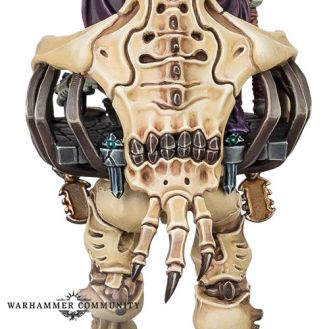 Quite Comical and quite fun. Look at him, sat in his chair. Relaxing while casting some very nice magics.

Short but quite enough for today. Next up I will look into a, yet again, NEW Free City. This city will be build with the recently released Cities of Sigmar book in mind.

There will also be a focus on some painting and a current Dungeons & Dragons I’m playing in a campaign.

All pictures and information come from Games Workshop and the Warhammer Community Website. For their full articles click on the following links below: